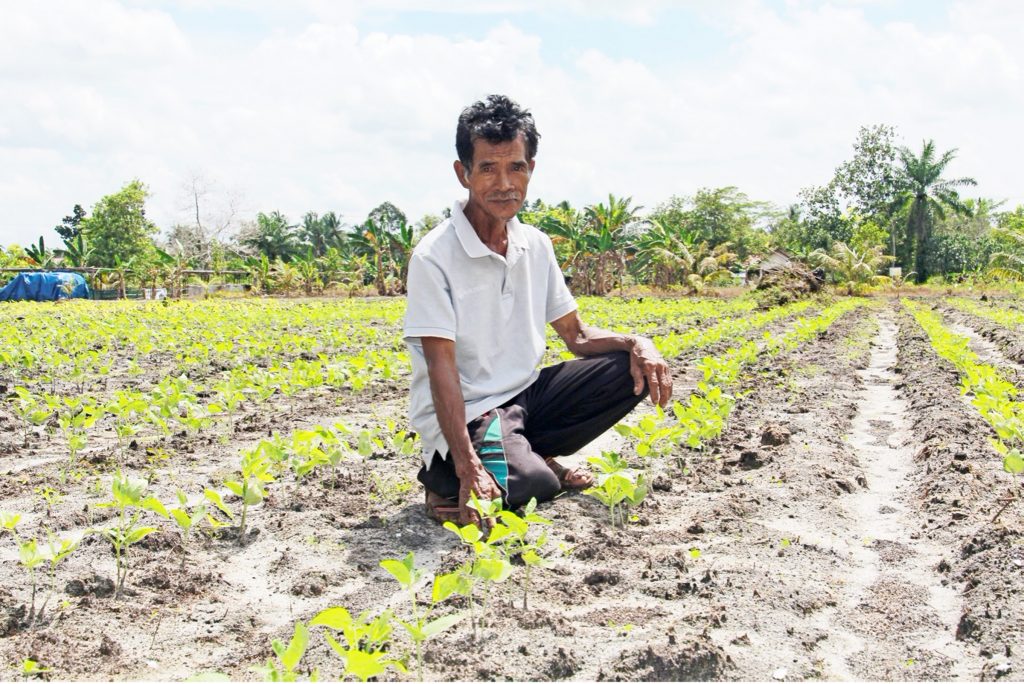 Pak Ramin is a successful farmer who grows a variety of vegetable crops on his 1.5 hectare farm. Having relocated from Java to Kalimantan, he says that he now leads a more prosperous life than he did in his hometown. But, he had to struggle for decades just to get to this point. 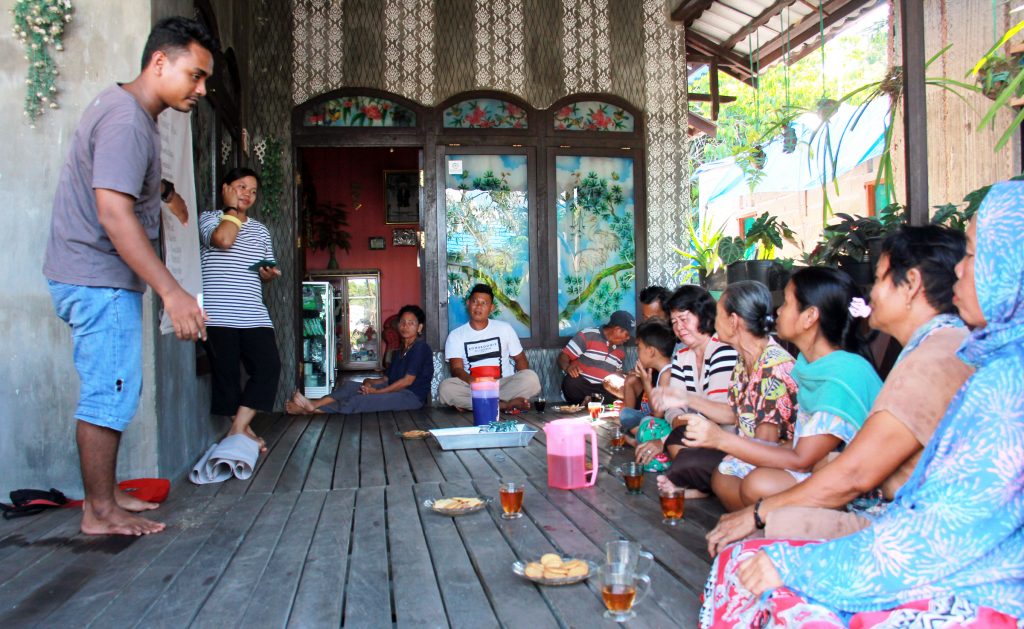 Pilang is a traditional village in the Pulang Pisau regency of Central Kalimantan. Two-thirds of the regency is comprised of peatlands, and Pilang is no exception, with 20,994 hectares out of the total village land area of 28,114 hectares covered by shallow peat soils.

The Resilience of Rubber 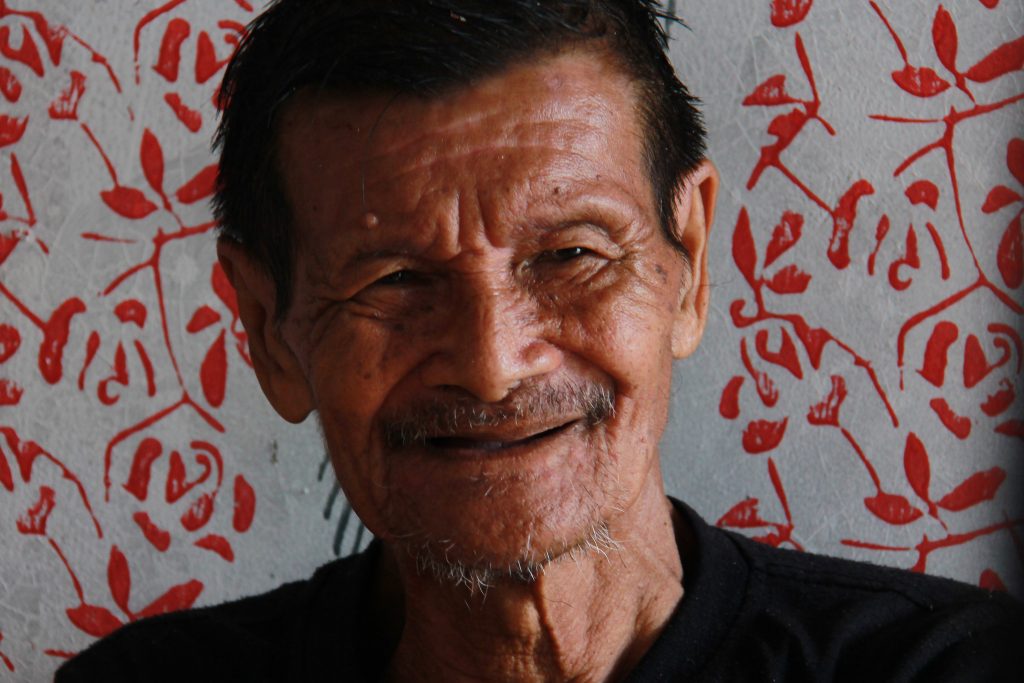 Uduh Abungai (76), one of the oldest members of the village, said he first planted 70 rubber trees on his 0.5 hectare plot in 1960. All of the tree seedlings came from Kalimantan. And like other residents, Pak Uduh continues to plant rubber seedlings every year. He says the new trees can be tapped for latex after seven years. 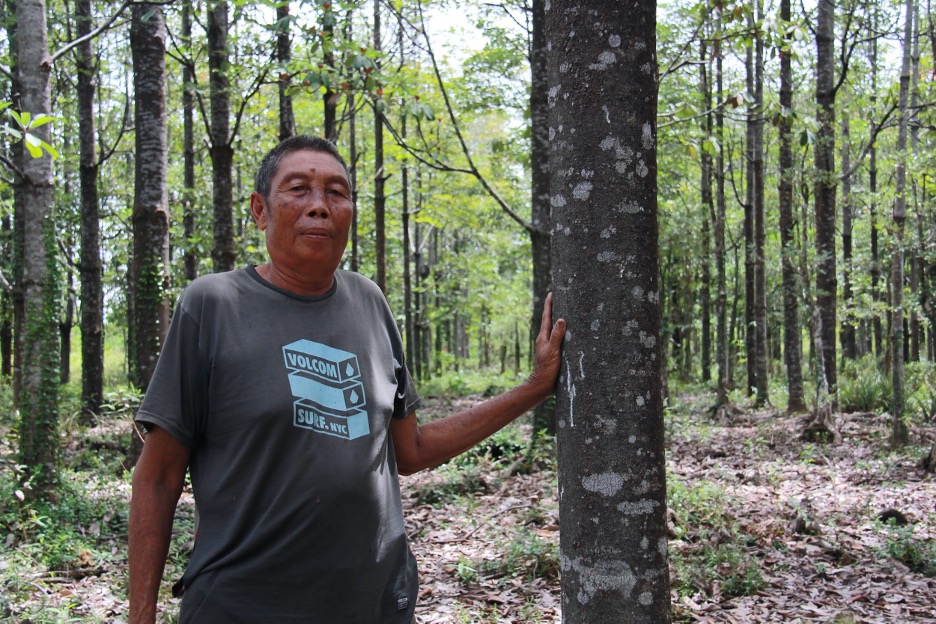 Having always wanted to grow a mini jelutung (Dyera costulata) plantation in his backyard, Pak Margo says it took him 18 years of trial and error, and a substantial part of his personal finances to learn how to do it properly. But now, at the age of 65, he has finally realized his dream. 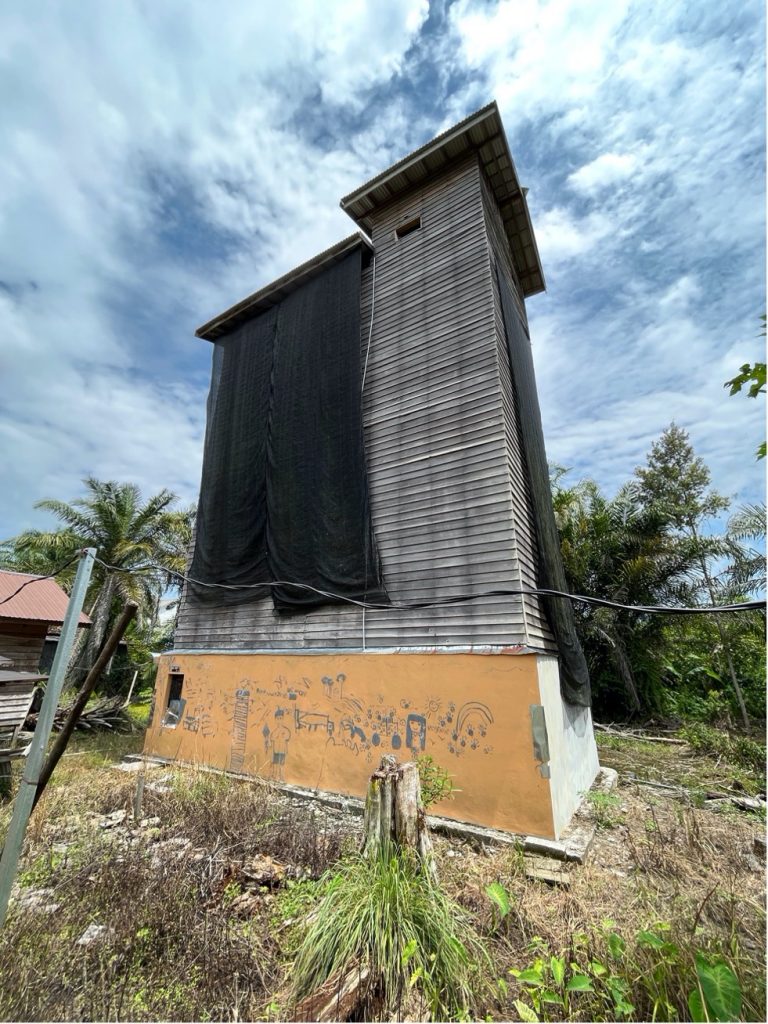 Gambut Kita researchers find that most swift-houses can achieve routine production within the first two years, with nest production averaging 0.1 – 0.5 kg per month per swift-house; making it an attractive proposition for farmers who are prepared to take the gamble. But regular problems to anticipate include pests such as geckos and ants, as well as lightning strikes and thieves. 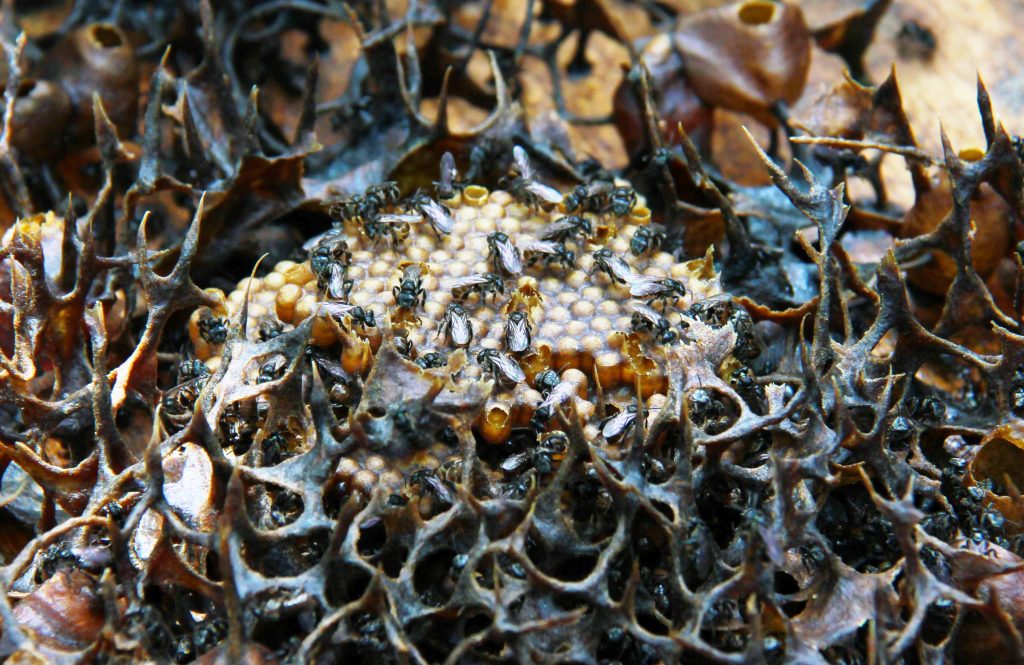 The journey towards becoming an entrepreneur in Kalimantan has been a bitter-sweet one for Yoanes Budiyana (43), an immigrant from Central Java. When Budi first came to Kalimantan he worked as a truck driver for a construction company. In his new environment, Budi struggled to earn enough income to stay afloat. He spent most of his time in his truck, driving long distances on difficult roads to deliver goods to far corners of the province. On one trip, he realized he had never seen a honey vendor by the side of the road, as was commonplace in Java.

What’s Behind a Bowl of Pakis? 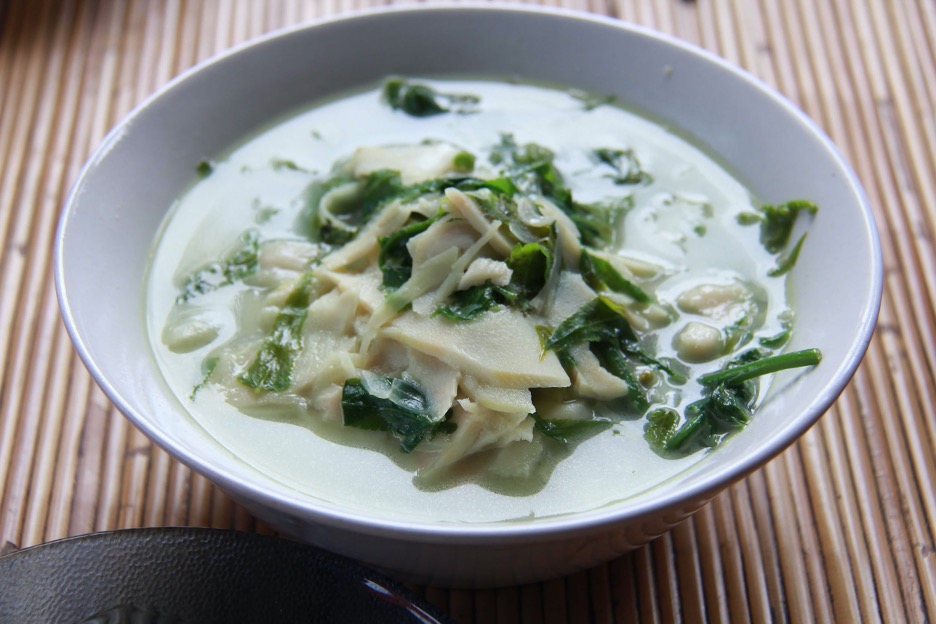 Pakis, an edible fern that grows in peatlands and along riverbanks, is a daily source of nutritious meals in Central Kalimantan. In Tumbang Nusa village, people will travel downriver for about an hour just to collect the ferns – and to later serve a bowl of pakis in their kitchen.

Traditional Fishing Along the Kahayan River 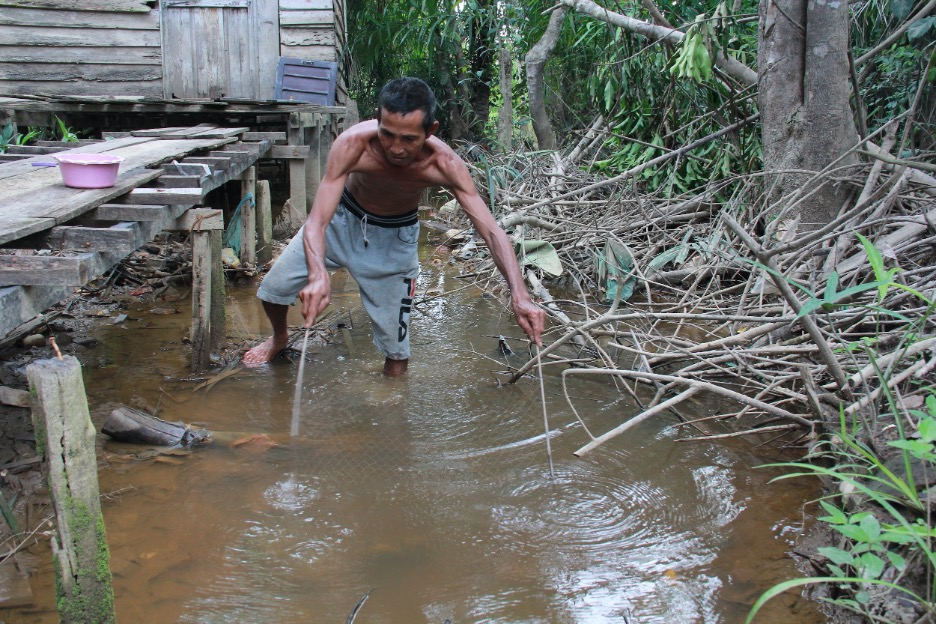 Fishing is an activity that runs in the blood of people living along the Kahayan River in Central Kalimantan, and this is especially so in the peatlands to the south of Palangkaraya, the capital city of the province. Most of the people who live in the villages along these river banks usually fish to meet their daily needs, and many of them still catch fish using traditional fish traps.

We use cookies on our website to give you the most relevant experience by remembering your preferences and repeat visits. By clicking “Accept All”, you consent to the use of ALL the cookies. However, you may visit "Cookie Settings" to provide a controlled consent.
Cookie SettingsAccept All
Manage consent

This website uses cookies to improve your experience while you navigate through the website. Out of these, the cookies that are categorized as necessary are stored on your browser as they are essential for the working of basic functionalities of the website. We also use third-party cookies that help us analyze and understand how you use this website. These cookies will be stored in your browser only with your consent. You also have the option to opt-out of these cookies. But opting out of some of these cookies may affect your browsing experience.
Necessary Always Enabled
Necessary cookies are absolutely essential for the website to function properly. These cookies ensure basic functionalities and security features of the website, anonymously.
Functional
Functional cookies help to perform certain functionalities like sharing the content of the website on social media platforms, collect feedbacks, and other third-party features.
Performance
Performance cookies are used to understand and analyze the key performance indexes of the website which helps in delivering a better user experience for the visitors.
Analytics
Analytical cookies are used to understand how visitors interact with the website. These cookies help provide information on metrics the number of visitors, bounce rate, traffic source, etc.
Advertisement
Advertisement cookies are used to provide visitors with relevant ads and marketing campaigns. These cookies track visitors across websites and collect information to provide customized ads.
Others
Other uncategorized cookies are those that are being analyzed and have not been classified into a category as yet.
SAVE & ACCEPT